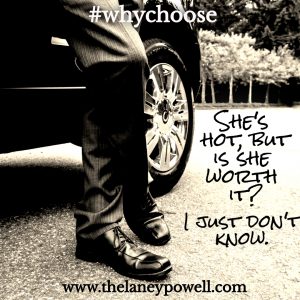 Keeping up with the new series, it’s time to meet the guys. As I mentioned at the beginning of the month, there will be three four of them. I started out with three, then a fourth guy showed up. I tried to boot him (because you know, this is my story ,and my world…), but he wouldn’t leave. Then I got a visual of him, and that was it. So it’s not three. It’s four.

They’re all shifters. All different, and not everyone is thrilled about being part of anything, much less a something that carries risk and responsibility. Not even for the bangin’ sexy times, LOL. Although that’s definitely a draw. Add to that, being part of a group means that you have a relationship with everyone in the group. Good, bad, or somewhere in between – there’s no getting away from it. It’s a lot to take in. They have lives that have nothing to do with what’s going on – is it worth it to take the risk?

The question is for these guys, are they up for it? You’ll find out next month!
xoxo,
Laney